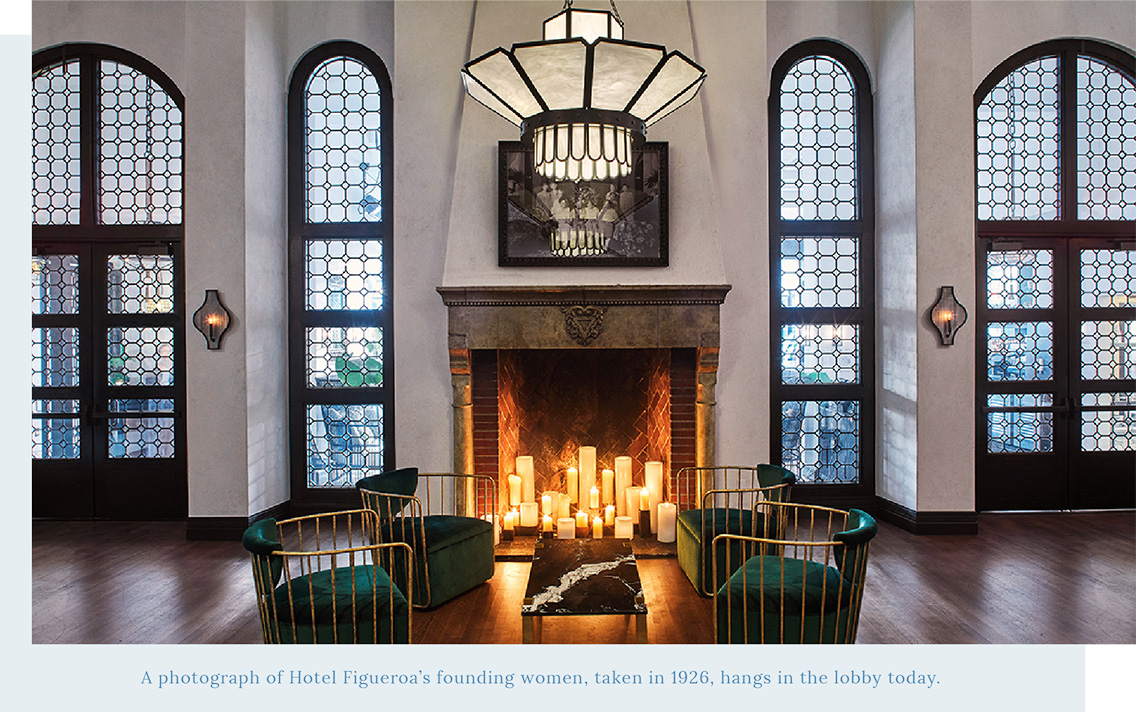 On August 26, 1920, the 19th amendment to the U.S. Constitution officially took effect. With its passage, women were granted the right to vote.

With all the challenges, difficulties and uncertainties that persisted throughout 2020, it was easy to overlook the incredible milestone the U.S. reached last year: 100 years of women’s suffrage.

The National Trust for Historic Preservation did not bypass this important opportunity to celebrate women’s place in American history. The organization launched a campaign called “Where Women Made History,” determined to find 1,000 places in the U.S. where women helped shape the country we are today.

Capital Hall Partners was honored to see the
Hotel Figueroa designated as one of the historic
places where women made history.

When the Hotel Figueroa opened in 1926, it was reported to be the largest project of its kind to be financed, owned and operated by women in the United States. Given that women had just won the right to vote six years earlier, the hotel became a de facto symbol for female empowerment. 95 years later, the Hotel Figueroa remains committed to celebrating women’s place in U.S. history.

Capital Hall Partners is humbled to be a part of preserving the hotel’s legacy, and we’re determined to push it forward.

In the 1920s, women could not simply stay at any hotel. Not only was it largely unsafe to travel alone, it could also be damaging to a woman’s reputation. In an effort to support working and traveling women, the YWCA began building female-only havens—including the Hotel Figueroa in 1926. According to an article in the Los Angeles Times, the hotel was "financed, built and operated by and for femininity," and served as a safe haven for women travelers.

The hotel itself was an incredible statement and accomplishment, and then there was Maude Bouldin. Ms. Bouldin was the country’s first-ever female hotel managing director, and under her leadership, the Hotel Figueroa quickly became a mecca for progressive, independent women—a safe place for women dedicated to advancing social, intellectual and artistic consciousness. Today, to honor her contributions and legacy, Maude Bouldin greets visitors in the lobby in a crimson painting by critically acclaimed artist Alison Van Pelt.

During and after Ms. Bouldin’s time serving as director, the hotel continued its mission of being a special place for women. In 1933, there was an exhibition in the lobby featuring "Women Painters of the West," and there were musical evenings on Fridays. In 1934, there was a lecture by world traveler and member of the Baha'i faith, Margarita Orlov, on the "New World Order."

The hotel maintained its social conscience and political image into the 1950s. Press conferences were often held in the lobby and in private rooms. Intellectuals gave speeches decrying racism, sexism and other social issues. Ownership changed hands in the years that followed, but the strong architectural elements of grandeur, safety and inclusiveness kept the hotel viable, relevant, and true to its mission.

When Capital Hall Partners entered a partnership in 2015 to purchase the Hotel Figueroa, the group was determined to revitalize not only the hotel’s interior and design, but also its deep connection to women in history. We decided to honor that unique history through art and socially conscious programs supporting women and an inclusive community. Today, the Hotel Figueroa is home to a large and extensive women-only art gallery, specifically celebrating L.A.-based women artists. We’re inspired every time we set foot in the building. 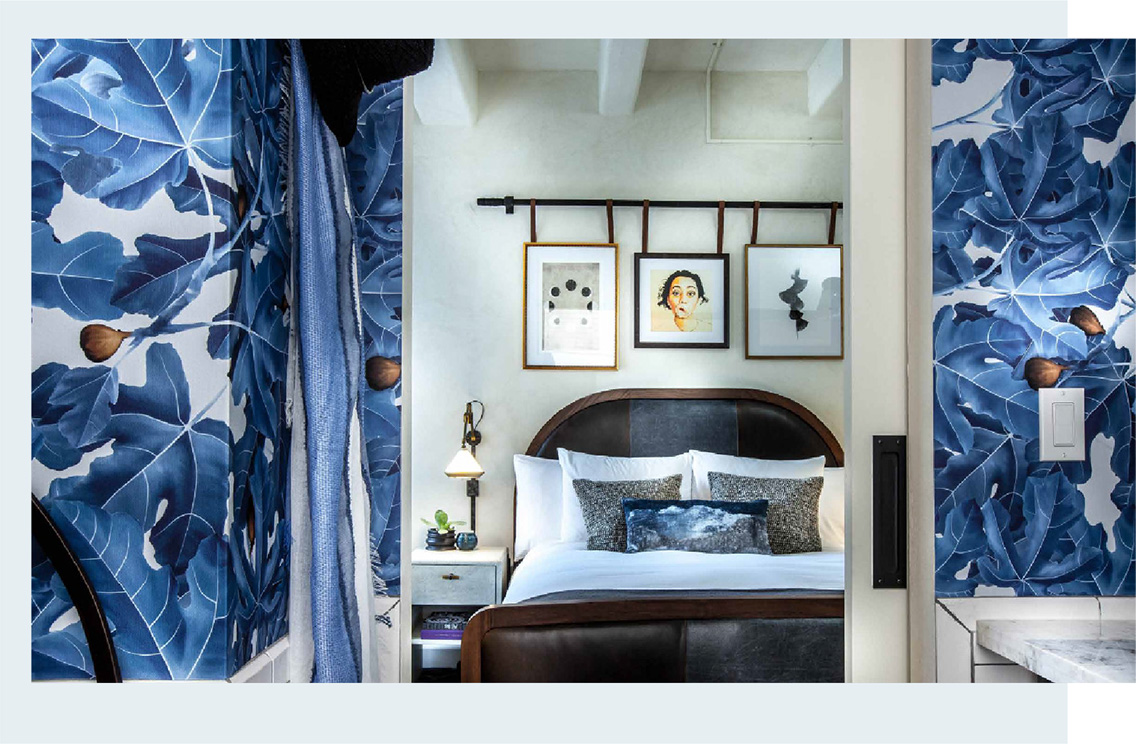 The Hotel Figueroa is truly a special place, and we are honored to be recognized by the National Trust in its celebration of 100 years of women’s suffrage. Our determination to protect the Hotel Figueroa’s place in women’s history has never been greater.

Capital Hall Partners is a privately-held real estate investment and development firm. We have over 50 years of experience over multiple real estate cycles, with a current focus on value-oriented investments in Qualified Opportunity Zones in the Los Angeles, Phoenix, & Boston areas. Our commitment to investors is to preserve capital, deliver attractive risk-adjusted returns, be trustworthy and transparent.

If you would like to learn more about Capital Hall Partners, Qualified Opportunity Zones, or our work in Boston, please contact us today at info@caphall.com.